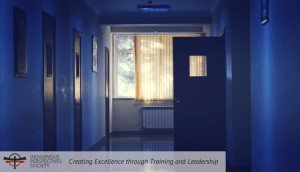 Jordan’s Principle is named to honour Jordan River Anderson, an Indigenous child from Norway House Cree Nation in Manitoba. Jordan was born with Carey Fineman Ziter Syndrome, a rare muscular disorder that required medical treatment in a Winnipeg hospital. After spending the first two years of his life in a hospital, doctors felt he could return home. A disagreement between the province of Manitoba and the Canadian federal government on who should pay for his at home care caused Jordan to remain the hospital, and he died at the age of five years old in 2005. Jordan never knew what it was like to live in his family home.

After reflecting on Jordan’s Principle, I was reminded of when at 5 years old I was in the hospital for a couple of weeks with severe pneumonia. I shared a room with a girl who had polio. During the time I was there a couple of other children came and went. The nurses and doctors were nice, but it was lonely and frightening. I can’t imagine if that was my whole world.

Responsibility for services to First Nations children is often shared by federal, provincial/territorial, and First Nations governments; in contrast, funding and delivery of these same services to most other children in Canada falls solely under provincial/territorial jurisdiction. Canadian federal and provincial governments often dispute financial responsibility for services for Indigenous children, resulting in children being left waiting for services they desperately need. Due to structural racism in Canadian systems of governance and healthcare, Indigenous children are denied services that are available to other children.

A Member’s Motion (M-296) endorsing the adoption of Jordan’s Principle was unanimously passed in the Canadian House of Commons in 2007. The federal government subsequently led a governmental response to Jordan’s Principle, facilitating the development of federal and provincial/territorial policies and procedures for identifying Jordan’s Principle cases and resolving jurisdictional disputes over payment or provision of services to individual First Nations children. This process resulted in a limited application of Jordan’s Principle by Indigenous and Northern Affairs Canada to children living on reserve with a disability or short-term condition.

In a landmark ruling on January 26, 2016, the Canadian Human Rights Tribunal ordered the federal government to immediately stop applying a limited and discriminatory definition of Jordan’s Principle, and to immediately take measures to implement the full meaning and scope of the principle.

On July 6, 2016, Indigenous and Northern Affairs Canada submitted a compliance report to the Tribunal providing an update on its implementation of the principle. In the submission, the government committed to invest up to $382 million to implement a broader application of Jordan’s Principle.

Alesha Hayes is the Business Development Coordinator for the Indigenous Perspectives Society – Creating Excellence through Training and Leadership. A non-indigenous ally, Alesha was born and raised in Secwepemc territory and now enjoys life in beautiful Lkwungen territory on southern Vancouver Island. For more information on Cultural Perspectives Training email her at aleshah@ipsociety.ca and visit www.ipsociety.ca