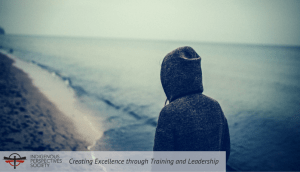 When I first heard of residential schools I thought they were like the boarding schools I had seen in movies, television shows, or had read about in books. I imagined that children went to these schools because their parents were not able to care for them while they worked long hours, or dreamed of offering them a better future. I imagined that some of these children came from single parent families, or were orphans, and that maybe being at a boarding school was safer than making their way on their own in the world. These beliefs were reinforced by friends I made growing up, whose experiences were not unlike what I had imagined, although, even their stories often had dark elements that were heartbreaking to hear.

I didn’t truly understand the differences of the residential school experience until love brought me into a family that had survived it. As we got to know each other during family dinners, holiday gatherings and coffee chats in the kitchen, stories were shared as a way for us to understand each other, to appreciate where we were on our paths, and feel pride over the obstacles we had overcome. My husband’s mother, her sister, and brothers had attended residential school along with many of their extended family. Fashionable and cool kids, the impact of having to wear uniforms that homogenized their identity left its imprint on their sense of self-worth. I was shocked to hear that the uniforms they were issued were not even theirs. On laundry day all the clothes were washed and then redistributed. You were lucky to get something that fit properly. Nothing was yours, not even your underwear.

I attended a catholic school from grade three through grade seven and I had to wear a uniform. My mom thought it was a great idea because we didn’t have much money and it saved her from having to buy very many clothes. I remember defiantly wearing red shoes and stacking Mexican silver bracelets my grandmother had sent me on my arms. I had that freedom. 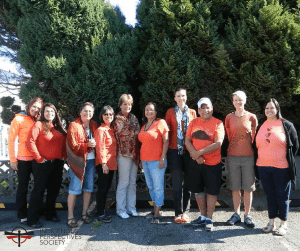 While I am not part of that family anymore, each one of them still lives in my heart, and I am forever changed in my understanding of what is means to be Canadian and the impact of how we arrived here.

Orange Shirt Day gives us the opportunity to learn about the legacy of our collective history and continue the discussion of what each of us needs to do to help reconciliation as we build our future together.

The Orange Shirt Day – Every Child Matters campaign grew out of Phyllis (Jack) Webstad’s story of having her shiny new orange shirt taken away on her first day of school at St. Joseph Mission residential school, you can read more about her story here http://www.orangeshirtday.org/phyllis-story.html

Alesha Doran is the Business Development Coordinator for the Indigenous Perspectives Society –Creating Excellence through Training and Leadership. A non-indigenous ally, Alesha was born and raised in Secwepemc territory and now enjoys life in Lkwungen territory on southern Vancouver Island. For more information on Cultural Perspectives Training email her at aleshad@ipsociety.ca and visit www.ipsociety.ca